“The snake which cannot cast its skin has to die.
As well the minds which are prevented from changing their opinions;
They cease to be mind.”
― Friedrich Nietzsche

Why I Am Publishing IAM Online Magazine 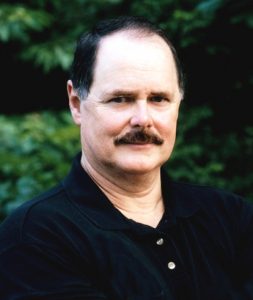 Welcome to the first edition of Internal Arts Online Magazine. This magazine has come about due to the overwhelmingly positive response and acceptance of our previous newsletter The Gompa News. I want to personally thank you for subscribing to our publication. I promise that I will do all in my power to provide you with the best and most accurate information on the practice of the Chinese, Tibetan, and Eastern internal health and martial arts devoid of fantasy, mysticism, and pseudo-science.

IAM Online Magazine is a continuation of our award-winning print magazine formerly published by Paper Lantern Publishing for over nine years. The new online IAM will contain numerous articles with a heavy emphasis on the Li family of Sichuan Province China practice of Nei-gong (internal skills). We will also feature articles from a number of highly knowledgeable guest authors, scientists, researchers and artist of other systems, each considered being a high-level practitioner of internal arts disciplines.

In this world of social media and instant messaging, YouTube and the like there is so much information out there as to be almost overwhelming. You would think that it would educate us all with so much “knowledge” floating around in cyberspace. This might be true except that there is also so much false, incomplete and incorrect information pseudo science intermingled and sprinkled with a few true facts that the internal arts world can be very confusing to the average student or seeker.

My belief is that to gain acceptance by mainstream members of the health profession as well as to interest the general public we must move past ancient mysticism, pseudo-science, superstition and blind faith, into a new paradigm focused on clearly and practically explaining how these methods actually function and how to practice them correctly for the desired results. We must focus on the practical, provable and proven methods of healing and martial skills. What really is internal power, what actually is Qi and how do we harness these concepts to best serve our needs.

I hope to do this through IAM Online. My intention is to uplift these arts and share my discoveries and research. I know first hand what these practices can and cannot do. Through IAM Online I will attempt to show you exactly what they have done for our students and me over the last 59 years. We hope to elevate these practices in a practical way to a higher standard that will stand the test of time and scientific scrutiny.

You might ask why should I pay attention to you John P. Painter or to your publication and just what qualifications do you possess to make the above claims? The answer is that I do not have all the answers, I am still learning and studying. I do however have a long history of study in these matters that I will share through IAM Online Magazine. Practicing these martial and healing arts have saved my life and improved my health a number of times in my long career. My goal is not to self-aggrandize, however if you are to know who, what, and why I am and how I arrived at this point in my journey then the following short history of my long and winding road may be of benefit.

I have been involved in training and researching the Chinese internal martial arts of Taijiquan, Baguazhang and Xingyiquan, Tibetan Buddhist Meditation, Zen and Daoist philosophy for well over 47 years. My training began at the age of 13 with a 70-year-old Chinese master, Li, Long-dao a former Chinese bodyguard and old school instructor of the Li family styles of Taijiquan, Baguazhang, Xingyiquan and other eclectic systems of martial arts. He also taught me Chinese Yoga (Daoyin), herbal remedies, ancient and modern weapons tactics and what today is called Breath Skills (Qigong). That association continued for 14+ years. 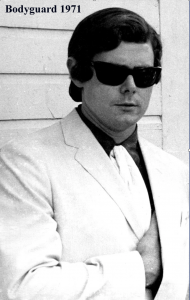 During my college years with a major in psychology and a primary focus on hypnosis, I came to understand the power of the mind both conscious and unconscious and the way it affects our every action, health and desires. My college minor was theater arts after which I spent some years as a professional stage magician a profession that allows me to be in a unique position to easily spot martial and Qigong “fakirs” of which there are many who using common magic tricks and suggestion pull off their “miraculous” feats of healing and power.

Through a series of bizarre incidences in 1971 a transition occurred that moved me from night club entertainer to bodyguard for a local night club owner. Here I had ample opportunity to “street test” my martial skills in real-world situations against hands, feet, knives, and firearms. For two years I ran his protection detail often being assigned to guard musicians, film and club performers, such as Bill Cosby, Kenny Rogers, Jerry Lewis, Louis Prima, Lanie Kazan, and others. After this, my contract was picked up by a local garment manufacturer who ran factories in Mexico. Again there was ample opportunity to test skills south of the border. So from a martial standpoint, I know what works and what doesn’t in the real world. 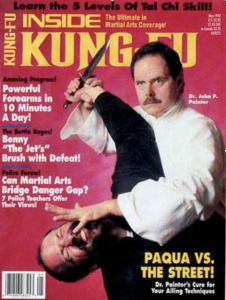 My martial teaching career began when we opened the first Chinese martial arts school in the state of Texas at the end of 1972. It was there at the Kung Fu Tao Training Center in1974 we assembled a team of scientists, researchers, and physicians to explore the powers of the mind and the internal arts so as to aid in understanding how the concepts of mind body and spirit training can be explained in easy to understand language. This tradition continues today with new dedicated researchers coming on board each year.

It has also been my privilege to host and study with Zen and Tibetan Buddhist masters of meditation (Dzogchen) and internal heat (Gtumo) arts as well as Chinese philosophy under a number of Daoist adepts.

Continuing my academic training my focus turned to naturopathic medicine especially as related to Chinese “barefoot doctor” principles of healing with acupuncture, herbs, and physiotherapeutic exercises. I received a PhD ND degree in naturopathic medicine in 1978. During the 1980’s I began writing articles on Chinese martial arts for the popular magazine Inside Kung Fu and was featured on their covers a number of times. My writings have also appeared in other martial art publications like Black Belt, Kung Fu Tai Chi as well as health and meditation magazines in the United States, Europe, and Asia. 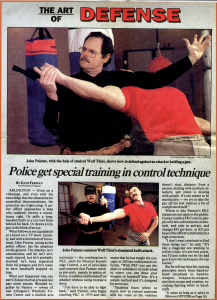 During the first of 1990 with a retired Texas Ranger friend and two other law enforcement officers, we started a company known as The American Rangers Martial Law Enforcement Institute to train police and military in an abbreviated version of the Li family internal arts including hand to hand combat and modern pistol shooting.

Following the much publicized Rodney King incident in Los Angeles in 1991, a producer with the Phil Donahue show asked us to research law enforcement training in the United States. What we found was, to say the least appalling. In 1992 I and another ranger appeared on the nationally televised Phil Donahue Show to discuss proper procedures for training police and military officers.

We have trained thousands of law enforcement officers and trainers around the United States, Canada, and England in these methods. Our police military training website can be found at www.american-rangers.com

So as the commercial says, “We know a thing or two because we have seen a thing or two!” All of the ideas presented in the pages of IAM Online are drawn from my experiences and those of our select group of guest authors. We have done our very best to make sure our work is based on sound science, observation, and experience.

Some presentations may be controversial or seem at odds with your present accepted beliefs or those of some well-known teachers. My intention is never to insult or demean anyone. My goals for this publication is to as I said, uplift these arts. I simply ask you to keep an open mind and join me in this great adventure. I am sure you will find something of interest in the New IAM Online Magazine.