There is another more easily tested theory that can explain the attainment of spiritual experience found in the science of Neuro-Chemistry. Perhaps what some of the ancient masters experienced or believed to be the sensations of spiritual transcendence was derived from their engaging in some mental activity or reverie derived from practice, or perhaps even what is called magical thinking. All are states that trigger the natural release of endorphins most significantly the neurotransmitter dopamine during meditation or training the internal arts. 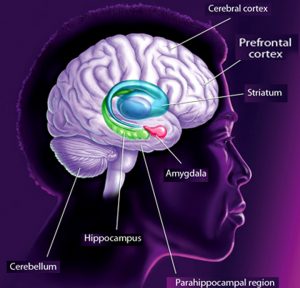 Endorphins are a type of neurotransmitter in the brain which, when released into the body, cause a sense of well-being. They are also natural pain killing substances and can produce a feeling of euphoria or even bliss. When dopamine in the limbic and prefrontal regions of the brain is high, but not too high, it can produce the ability to entertain transcendental ideas and associations, leading to heightened creativity, inspired leadership and profound sacred and spiritual experiences. It has been proven that meditation and other forms of focused exercise can increases dopamine, improving focus and concentration. The endorphin dopamine is in charge of our pleasure-reward system. It allows us to have feelings of enjoyment, bliss, and even euphoria.

Spiritual feelings of sensing oneness with the universe have been linked to dopamine activity in the prefrontal lobes of the brain through studies done on meditators and Qigong masters. The endorphins release can be triggered by many situations ranging from deep contemplation, to sexual activity, drug intake, fright, intense concentration or physical exercise. When you perform any type of exercise for a sustained period of time, your body releases endorphins that interact with receptors in your brain to reduce perception of pain. Endorphins also trigger a positive feeling in the body, similar to that of the opioid morphine.

Andrew Newberg, director of research at the Jefferson Myrna Brind Centre of Integrative Medicine in Philadelphia, is a co-author of, among other books, The Metaphysical Mind: Probing the Biology of Philosophical Thought. During brain scans of those involved in various types of meditation and prayer, Newberg noticed increased activity in the limbic system, which regulates emotion. He also noted decreased activity in the parietal lobe, the part of the brain responsible for orienting oneself in space and time. “When this happens, you lose your sense of self,” he says. “You have a notion of a great interconnectedness of things. It could be a sense where the self dissolves into nothingness, or dissolves into sensing supernatural events or beings or a feeling of oneness with the universe.”

Such self-blurring experiences are central to almost all Asian mystical practices like Daoism and Buddhists where the practitioners are striving for unity with the universe through focusing the mind inward. Newberg and his colleagues feel that such experiences are not proof of being touched by a real spiritual or religions experience, but are a result of changes in brain chemistry.
“It seems that the brain is built in such a way that allows us as human beings to have transcendent experiences extremely easily, furthering our belief in a greater power,” Newberg says. This would explain why some type of spirituality exists in every culture, arguably making spirituality one of the defining characteristics of our species. 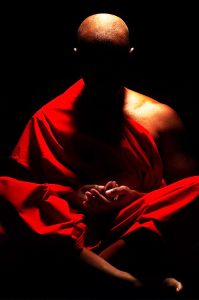 Some pragmatic scientists call searching for spiritual or religious experiences a form of magical thinking. Magical thinking would be any form of seeking things beyond the known or it could be wishing or hoping for an outcome or change to an event outside of our common experience. It can go far beyond this in which people come to believe they can affect events by willing a different outcome.

Science especially in that of Quantum Physics is beginning to discover that perhaps there is something more to some of this magical thinking so easily dismissed by the pragmatists. After all when experiments show that adepts using intention or directed mental focus can indeed influence machines designed to randomly generation numbers on a computer. What is being shown is that this direction of intention or concentrated focus can trigger a high release of dopamine. Perhaps this release of dopamine is a chemical door or trigger to the Indra’s net of the Zero Point Field. Only time and more research will explain which theory is correct.

Patrick McNamara, associate professor of neurology at Boston University suspects that feelings of spiritual experience are linked to dopamine activity in the prefrontal lobes of the brain. He feels the search for spirituality is a good thing. Spirituality, after all, serves a vital human purpose. Numerous studies show that spiritual belief constructs are medically, socially and psychologically beneficial.

Reports have shown that believers in a higher power live an average seven years longer than non-believers do. Those who find spiritual meaning in life report lower blood pressure recover quicker from cancer; have better outcomes from coronary disease and rheumatoid arthritis. So if it is truly something super-normal or just the result of brain chemistry the feeling of “very spiritual” seems not to be a bad thing for body or mind.