“The palm is as a bird of prey diving from above to fall like a meteor upon the unsuspecting sparrow with its talons.” 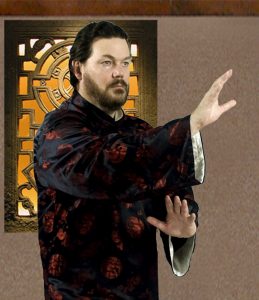 An essential skill in Li family Shape of Intention Boxing (Xingyiquan) is the constant corkscrewing action of the arms, know to some as silk reeling (Chansi-jin) as they move away from or back toward the body. This type of rotating action aids in involving more of the arms power than a non-rotating motion does. Rotating the arm also utilizes the oval shape of the arm to act as a cam as it slides along an incoming strike gently guiding it off target.

Hawk Catches Sparrow
One of the essential actions used in Xingyiquan is learning to catch the attackers arm at the moment he throws a strike. The goal is to neutralize his attack while leading his body offline to destabilize his balance simultaneously delivering a counter strike. 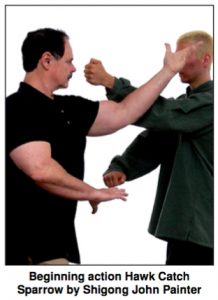 This action is used most often in the technique called Splitting Fist (Pi-quan) related to the metal element in classical Xingyiquan. Both palms rise and fall in an action suggestive of striking downward with an ax or saber. Hawk catching sparrow maneuver comes first deflecting and catching the attackers arm.

This is done by using a corkscrewing action that rotates the palm upward (see photo) then spirals over and down as it clamps to the opponent’s arm pulling him offline. This is followed by the other palm falling as a chop, palm slap or fist strike to some vulnerable point on the enemies’ torso, or head. In the photo, Shigong Painter is showing only the first part of hawk catching sparrow movement alone. It should be fully understood before adding a strike.

Control the Elbow
One major mistake most Chinese boxer’s use is to slap or strike at the closest part of the incoming weapon. Blocking or striking the wrist, for example, may momentarily thwart the fist from striking us. However, if you block or neutralize at his wrist a trained fighter will instantly fold his elbow continuing his attack. Attempting to grab or catch the fist at or near the wrist is also difficult. This is because it is coming directly at you and it is harder to judge distances when an object is coming straight on. It is also difficult because the end of the arm, the fist is moving very fast.

If moving the opponents’ body is our goal the best point of advantage is to control his elbow. The elbow provides a short lever arm. It requires less force to move the enemies’ torso than holding at the wrist. It is also moving approximately half the speed of the fist making it a more vulnerable target.

The Wedge in Hawk Catches Sparrow
There is a tactic in Li family methods called The Wedge. Think of an ax blade that cuts cleanly into a soft block of wood. In the wedge principle, the outside of the palm slides up along the opponent’s arm beginning the deflection of his strike in a very subtle manner to guide the arm off target.

When using the wedge concept in Hawk Catching Sparrow it is acceptable to begin your neutralization at the wrist so long as you are sliding down the arm towards the elbow in one smooth motion.

To understand this work with a partner and research sliding down the incoming arm very gently until you are controlling his body at the elbow. Done correctly the shape of your arm will deflect him you do not have to push his arm aside at all. As you touch him with The Wedge project your intention through his arm into his spine to disrupt his center of control. With a bit of research, you can discover how to use the Wedge to the outside or inside of the opponent’s arm followed by the Hawk Catches Sparrow action.

Hawk Catches Sparrow Game
In this game, the student is focused on using the wedge principle with Hawk Catching Sparrow maneuver. This is accomplished by having a partner strike slowly forward with a straight punch. The defender begins by applying the wedge to gently deflect the strike as she begins rotating her arm upward as far as it will turn and then rapidly reverses the spiral catching her partner’s arm at a point on or behind the elbow. 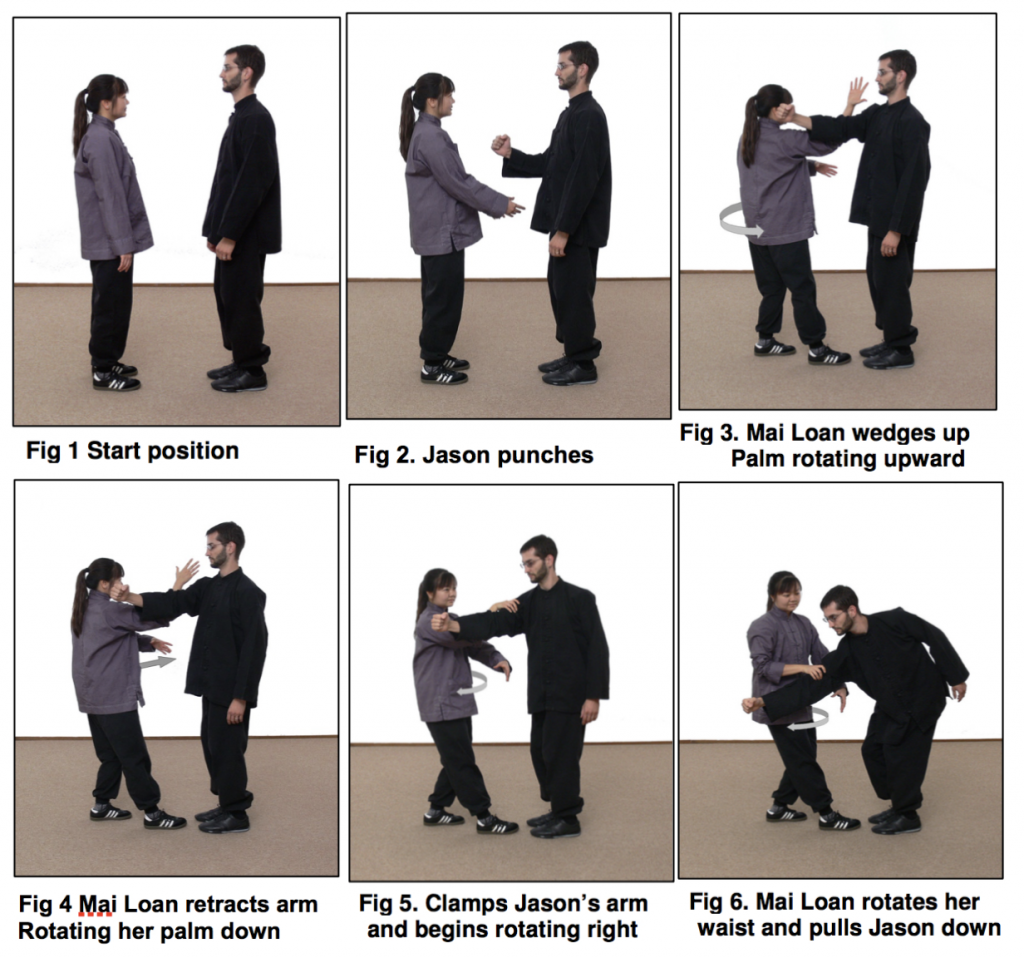 Advanced Version
In an advanced version of this game after being pulled forward the partner straightens up and throws a second punch with the left fist as his partner repeats the maneuver of Hawk Catching Sparrow. They continue in this way first in a slow-motion speed to understand the components of the method and then the speed is increased one strike following the other. If the action becomes sloppy or uncontrolled this is taken as a sign that the partners have become tired or reached the limit of their speed training and they should both slow down or cease training for the day.

Here’s a video link to see the technique in action: