The revered founder of judo, Dr. Jigaro Kano, admonished his followers to apply several maxims to their training and to their lives. The best known of these is: 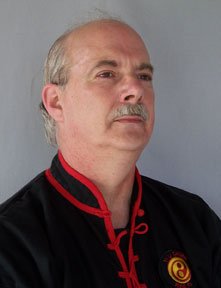 He explained further that we must apply just the right amount of strength…never too much and never too little. Practitioners of martial disciplines other than judo may feel that this sagely advice doesn’t necessarily apply to their respective arts. I disagree; I believe that it actually applies to all martial forms as well as to every aspect of daily life.

Unfortunately, Kano’s advice seems to have been tossed to the wind by many contemporary judoists, especially those that seek to win trophies and medals in the competition arena. In training for these events, they often focus on developing as much physical strength as possible. As one of my students (who is a former judo practitioner) said, “That isn’t judo; it’s brute-do.”

I see this same phenomenon in various forms of percussive martial arts, such a s karate, taekwondo, and kung-fu. Practitioners put their full power into every movement, straining every fiber of their musculature as they execute various kicks and punches. It’s my opinion that they’re really over-doing it. As Master Seiyu Oyata (a 10th dan and well-known karate master of the last century) told me, “Any martial art that requires the development of great strength is not a real martial art.” Too much strength becomes no strength.

For example, watch a toddler try to pick up a pencil. She can barely do it. Her muscles haven’t been fine-tuned yet. She uses too much strength and this makes the task that much more difficult. Can you imagine what would happen if she tried to pick up an egg? You can perform either of these tasks very easily because you’ve learned, after many attempts and a lot of experience, to apply just the right amount of strength. If you were to attempt use all of your strength to pick up a pencil, you’d fail. And remember when you first learned to drive a car? What happened the first few times you applied the brakes? Probably the same thing that happened to me; I used to much strength and nearly put myself and my father through the windshield! But after a lot of practice over time, I learned to use just the right amount of strength…not too much and not too little.

In the application of martial arts techniques, what matters is correct body structure and alignment. If either of these is off base, you will be unable to utilize the strength of your entire body and you’ll end up striking with only the power of your arm or leg. To the uninitiated, the technique might LOOK impressive but to the trained eye it is rather feeble. On the other hand, correct technique may appear crisp but devoid of power, It is, however, much stronger than it looks.

The Chinese term for this kind of relaxed condition is “song” ( 松). It is mentioned repeatedly in the practice of the so-called “internal” martial arts of taijiquan, baguazhang, and xingyiquan, but it applies equally to any and all martial ways. The common translation of “song” is “relax” and this had led to a great deal of confusion within the Chinese martial arts community. In the West, the confusion began when Eastern instructors taught their respective arts to Western pupils in a second language…English!

They stressed that their students must learn to relax and the eager novices gave it their best; when they performed their sets they looked like so many lifeless zombies! I remember watching a Taijiquan demonstration back in the 1970’s with Mr. Roger Dong, an acquaintance from Shanghai. The performer, a young woman, literally slumped and dragged her sword behind you as she entered the arena! She looked as if she was half asleep! Her form was executed with the same emptiness. Roger turned to me and said, “In China, we call this ‘dead man’s taiji’.”

The Eastern teachers actually wanted their students to learn “song”, which is NOT the same thing as being flaccid. Rather, it is akin to the word “ju” as it applied to the Japanese martial art of judo. “Ju” refers to a state of elasticity and suppleness rather than an enfeebled condition. “Song” means that one should use no more (muscular) effort than is absolutely necessary to perform a given task.

This is exactly what Dr. Kano indicated when he stated”…never too much and never too little.” It takes time and a lot of practice to understand and then apply this idea to your techniques, especially when you’re moving at full-tilt boogie. This is one reason why taijiquan is initially practiced in slow motion. Most taiji practitioners never step beyond this stage of practice but to understand the true art, they must learn to do it at full speed. After all, it was originally designed as a martial art rather than a form of early morning exercise!

So, take your time and study your movements carefully. Are you using too much strength? One old Chinese master described correct punching and kicking as feeling “like an arrow released from a bow.” When you apply “song” correctly, you’ll understand.

Authentic Iron Palm (to be released in summer of 2020)