The closer you come to knowing that you alone create the world of your experience, the more vital it becomes for you to discover just who is doing the creating. 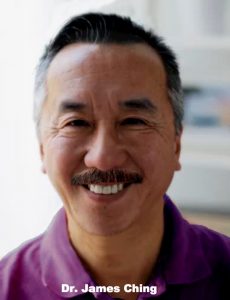 Is Qigong Real?
A woman’s cancerous tumor disappears after three treatments by a Qigong master, attackers are sent flying in all directions without any physical contact by a martial Qigong expert. People experience strange feelings rising up the spine and down the front of their bodies while practicing certain forms of Daoist meditation. All of these and much more are attributed to Qi or the ministrations of a Qigong master. So what is Qi, what is Qigong?

This is s subject of much debate and the answer varies depending on whom you ask. Qi Gong is a fairly recent term used in reference to early forms of breathing and physiotherapeutic exercises sometimes called leading and guiding (Daoyin) a type of Chinese Daoist yoga practice.

Today the word Qi has come to represent not only breathing but also physical exercises for health, martial competency, and meditation techniques and even healing energy projected from “master” to a patient. Some see it as a path to spiritual energy and even ways of surrounding oneself with an invisible aura of protection and much more. 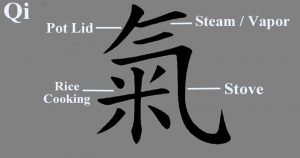 This Chinese word Qi has come to be associated with so much more than the straightforward definition of Qi presented here. In Chinese characters, Qi simply stands for air or vapor. Gong stands for Skill. Technically one could say Qigong translates as breath skill.

Fine and good, but how does breathing skill or Qigong produce all the above mentioned effects for healing, and martial arts prowess, this is a question that begs to be explored in the light of new findings in psychology and mind-body medicine. A few years ago I attended a series of talks by Dr. John Painter. The focus of his lectures was about exploring alternative definitions for the efficacy of Qigong. When it comes to traditional Chinese medicine and internal arts healing methods he said the clue to how it can do all these things can be found in an ancient Chinese saying, (Tounao Shenti qi xianghu gensui 頭腦、身體、氣相互跟隨) “The mind commands, the body responds and the effect of Qi is felt.” Dr. Painter says that Qigong works but perhaps it does not work in the way many of us believe it works. At first I was very skeptical, but then I opened my mind to new possibilities.

Experience and Observation Changed my Paradigm
In case you are wondering, as acupuncture treats patients by reputedly adjusting the Qi flow in the human body, I classify it as another form of Qigong. Even though I am an acupuncturist and have studied numerous forms of traditional Chinese medicine I am also an MD and practical thinker. After hearing Dr. Painter speak and reading some of his papers on this subject I started to examine other healing modalities outside of my traditional Chinese medical purview. I have always been one who often cannot accept perhaps antiquated explanations just because they are traditional. 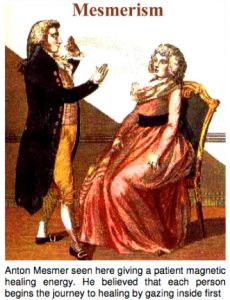 What I gleaned from my research was that all methods I mentioned and others worked for a very large number of patients. Some methods contradicted methods of other styles of healing, yet they still worked! My scientific mind was confused until I realized what they all had in common which was the belief in the healer or faith in the method by the patient. This was the key.

Perhaps some of the ministrations or nostrums of the healers added to the healing effect, but it was actually the mind of the patient accepting and believing at a subconscious level that a specific modality would help him or her become well that seemed to be producing the result. One of my friends another acupuncturist said to me, “Well I have had patients who were skeptical of acupuncture and it still worked for them.” I explained that I learned it makes little difference if the patient believes or does not believe consciously in the method. What makes it work is a strong and perhaps even secret desire or belief in a method and or the healer dwelling in the unconscious mind and yes, the two minds can be in opposition as long as the unconscious accepts the premise all will be well. After much time and energy spent on this research, I think the answers for the functionality of Qigong lie inside this concept so this ancient saying quoted here, now at least for me says it all,

“The mind commands, the body responds and the effect of Qi is felt.”
Make no mistake I am aware of all the recent alleged scientific research on this subject reputedly proving the existence of Qi as a force or substance that seems to be outside the scientifically listed know forces operating our universe. I have read almost all of them with great interest. Such studies purporting Qi, as being a type of energy not fully understood are interesting, but almost none of these studies truly meets scientific protocols. Before you get the pitchforks and torches after me let me say that my goal in writing this article is not to insult or tear down your cherished beliefs. No, my goals are to present a possible alternative understanding of Qi a methodology for the practice of Qigong that can be verified by scientific inquiry and explained within the understanding of today’s knowledge base. Discovering the agency behind how what we call Qi or Qigong function can help us all make even more health and healing potential available for our patients and ourselves.

Is Then Acupuncture and Qigong Part of The Placebo Effect?
You may have heard the term placebo but what and how is this word used today in both Western allopathic and alternative medicine? An old definition of placebo (Latin for “I shall please”) says it is a pharmacologically inert substance (such as saline solution or a starch tablet) that seems to produce an effect similar to what would be expected of a pharmacologically active substance (such as an antibiotic). A more succinct modern definition in the light of studies in mind-body medicine might be.

“Placebo: a substance, treatment, devise or activity which may or may not include allopathic treatments that stimulates a healing response with such response being largely generated by the mind’s acceptance and belief in the specific modality so as to create the desired effects.”

Sham – Placebo Knee Surgery worked as well as actual surgery
In this landmark and fascinating study, people with osteoarthritis improved equally well regardless of whether they received a real surgical procedure or a sham, which is a particularly striking example of the placebo effect and implies that belief can have an effect even on a “mechanical” knee problem. A total of 277 subjects were tested of those patients completing the trial which included testing for knee flexibility, pain, walking and stair climbing it was found that the placebo sham surgery had the same healing effects as those reporting symptomatic relief after undergoing arthroscopy knee surgery for osteoarthritis.

Medical science is slowly coming to realize that people can be conditioned to have physiological responses to almost any type of treatment real or sham as a result of the placebo effect. Dr. O. Carl Simonton the oncologist turned mind-body medicine guru discovered for himself how the placebo effect functions in cancer treatment. Furthermore, Martina Amanzio et al. (2001) demonstrated that “at least part of the physiological basis for the placebo effect is opioid in nature” (Bausell 2007: 160). That is, we can be conditioned to release chemical substances such as endorphins, catecholamines, cortisol, and adrenaline by believing in the efficacy of a specific treatment. One reason, therefore, that people report pain relief from sham surgery and also sham acupuncture may be that both stimulate the opioid system and or produce the bodies own healing response due to unconscious belief in the treatment.

Perhaps Qigong is Really A Form of Auto-suggestion
The Yellow Emperors Classic of Internal Medicine says, “When one concentrates his mind internally, how can disease attack him?” This idea seems to illustrate another of the points made by Dr. Painter in his lecture which is in the Hindu Upanishads it says, “all is mind, all illness and also all healing begin and end with the direction and amplitude of the thoughts we generate.”

This is the foundation of Dr. Painter’s Psycho-Soma Mobius Principle of Qigong that states mind housed within the body, creates heals or destroys the body itself. The two are so inextricably linked so as to be almost indistinguishable from each other. What happens in the body affects the mind, what happens in the mind affects the body, and so long as we are alive the two are flowing in an endless Mobius type loop.

So are Qi and Qigong real?
When I saw “Star Wars” I wanted The Force to be real. It seemed like an explanation of Qi. However, I knew it was just a fantasy movie. Today When I practice internal exercises, Taijiquan, Yoga or Qigong I do not worry or even think whether or not Qi is “real.” I am practicing an art that improves my vitality and feelings of well being. I sit or stand very still or do the prescribed moves, think the prescribed thoughts and trust my body-mind to do the right thing. I believe all is mind.

I am quite content to think of Qi, Qigong and its many complex ideas and incarnations as a Chinese poetic metaphor expressing the inherent ability of nature and the mind to heal, vitalize and protect while I am a part of this world. In the final analysis, it is really not important to me if Qi is a thing or an idea, as it seems to depend on how deeply I accept and believe whatever paradigm, explanation or thoughts I wish to accept about the subject.

So my answer is, perhaps this is not the right question. If you open your mind to the possibilities presented here you may move into glowing health, banish colds, improve your immune system, heal injuries, increase longevity and even fight cancer all with your mind? It all starts in the mind not only healing but also illness and dis-ease as well. Would not having such skill not be the ultimate Qigong? It seemed to be the focus of Master Wei Boyang’s beliefs. He was the alleged founder of the concepts of Daoist yoga and Qigong was a famous alchemist of the Eastern Han dynasty (AD 25-220) who said,

“No matter how you explain it all starts in the mind.”

Books most are on Kindle

Suggestible You
The Curious Science of Your Brain’s Ability to Deceive, Transform and Heal
By Eric Vance
National Geographic Publishing
Available on Amazon Kindle Books

You Are The Placebo
Making your mind matter
Dr. Joe Dispenza
www.hayhouse.com 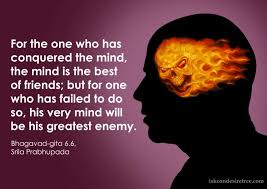