Every thought, word, action, sensation or skill is germinated in the mind. It is the mind that rules our physical body and how we view the world. Within the Chinese so-called internal arts, it is the mind that creates all phenomena experienced no matter what the method or exercise. This is the premise of the Li clan of Sichuan province China.

The Li clan, from whom I apprenticed for almost 20+ years, developed what is known as a family style. Its origins are from Sichuan province near the Emei mountain area. There Daoist, Buddhist and Confucian concepts intermingled with other influences from Tibet. Consequently, arts developing in this region have a different slant on Daoist longevity, health, and martial practices especially when it comes to the concepts concerning the development of internal energy.

Daoist, Buddhist and Tibetan Dzogchen all had input into the Li family arts. Their Tibetan root teacher Lama Zurdwang was reputedly a shaman and practitioner of Bon, a naturalistic nature-based philosophy. There were many other non-orthodox additions to their concepts which took root in the development of their martial art and what their philosophical approach to life, death, and energy would become. Their philosophy was heavily influenced by Daojia (道家), the earlier non-religious Daoism and is now called Xinfu Dao (信服道) / complete acceptance of the way.

When it comes to internal energy concepts or Qi development the Li ideas were derived from the works of Wei Boyang (魏伯陽) through his Book:  Zhouyi cantong Qi (周易參同契)   Kinship of Three, in Accordance with Yijing. This work is the first known written text on what today is called Qigong. Wei, Boyang sums up the practice of developing life force energy or Qigong in his first chapter with the following statement.

” In the end whatever you call it; no matter what movements one performs it is no more than the mind (Yi and Xin) and the breath (Qi) becoming as one. It is simply the Yin and the Yang influenced internally with their energy entwined.”

Master Wei’s book of internal alchemical transformation brought about change through the application of the mind using meditation to harness the power of imagination. Master Wei and the Li family both espouse the practice or use of specific forms of imagery enhanced through meditation. The Li’s made a distinction between meditation where one seeks the void and what they called Jingzuo (靜坐) Quiet Sitting where one uses suggestion and imagery to produce a result. They placed a strong emphasis on their Quiet Sitting incorporating visualizations and the production of sense memories into their versions of martial arts, longevity, health, and spiritual training.

Their main emphasis for martial and health practices was taken from the often misquoted phrase, Tounao mingling shenti gensui binguie Qi bansui (頭腦命令身體跟隨，并且氣 伴隨) or The Mind Commands, The Body Responds and the Qi Goes Along. Thus they gave precedence to the mind in commanding all aspects of internal and external vitality, health, strength, and longevity. There was little emphasis on mystical concepts and more on following nature’s laws as explained in Daojia (道家). Philosophical Natural Daoism as opposed to the mystical and metaphysical approach found in Daojiao (道教) religious Daoism.

Li, Zhang Lai my teachers’ father was also heavily influenced by Master Wang Xiangzhai (王薌齋) the founder of Yiquan (意拳) Intention boxing and his insistence that Qi in the mystical sense was not relevant to martial skills at least not in the way it had been conscripted by the martial mystery masters of the time. So Li, Zhang Lai took a very pragmatic approach to what is today called qigong and daoyin practices in his art.

Here is an easy experiment to demonstrate how thoughts or images are not all “just in your head” but actually create physiological changes in your nervous system, immune system, and organs. After reading the following close your eyes and give it a try.

Think about a nice warm slice of bread. See in your mind’s eye the color of the bread, smell the aroma, feel the texture of it on your tongue, remember the flavor of that warm slice as it comes fresh from the oven into your mouth.

Chances are high that your mouth will start to water creating saliva. Remember when performing the experiment attempt to call up and use as many of your senses as possible to enhance the effect. Your mouth will create saliva. Try again this time imagining the taste of a sour lemon. Now think about the fact that saliva is a chemical designed to begin digestion. So what, you say? Well, if you succeeded at this experiment you have a good imagination and you will be able to create a strong internal feeling of internal energy. 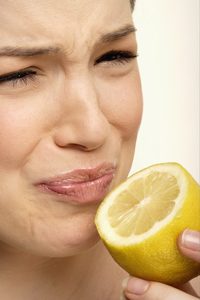 What happens? Through this exercise, we can learn that physical sensations and feelings are activated by the imagination. This is a process of our mind and it is hard-wired to the body. You just proved that you can cause physical changes by thought when you imagined the bread or the lemon. Your body created a physical response to an “imaginary” piece of food.

So, what you imagine your body will attempt to make happen! This is one of the real secrets, in fact, the key to internal power as well as the key to healing and on the negative side creating illness. The biggest enemy to this process is self-doubt.