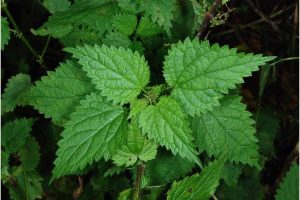 Today more and more people seem to suffer from allergies, sinus infections and many other upper respiratory problems. It is no wonder this is happening, as our world is becoming more and more filled with microscopic particles floating in the air some natural and even more man made to which the bodies immune system responds as if it were fighting off a major threat. One herb that has proven effective in some sinusitis and allergic reactions is Stinging Nettle.

Stinging Nettle and Small Nettle (Urtica Dioica L. and Urtica Urens L. Urticaceae) are two species of the genus Urtica that are nowadays thought of as common weeds the world over, though they are native to Eurasia and Africa. Elsewhere, mainly in North and South America and Australia, they have become naturalized. Stinging Nettle is a robust perennial with a creeping rhizome that is difficult to eradicate. All parts of the plant are covered with stinging hairs. The stalked leaves are heart shaped at the base and coarsely serrate; the upper side is covered with appressed hairs and partly with long stinging hairs. The green flowers are arranged in long clusters of either male or female examples; the fruit is an ovoid achene. The species is quite variable.

The leaves and stems of both plants are used medicinally and each contains practically the same constituents. Nettle stems and leaves contain a large amount of chlorophyll, vitamins A, B2, C, E, and K1, folic acid, histamine, acetylcholine, formic acid, acetic acid, and butyric acid, and fairly abundant mineral substances. The chemical constituents give nettle it’s primarily diuretic, antirheumatic, and ‘bloodpurifying’ proper­ties, the latter being produced by the effect of speeding up the metabolism. Taking stinging nettle powder in capsule or in tea form has also been shown to have positive results in reducing many allergy symptoms from air born strains of pollen and other allergens. 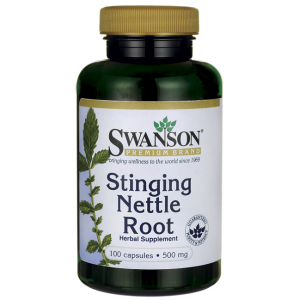 External Use
Externally use stems from the inflammatory effect of the stinging hairs of the plant. The herb is used in the form of a decoction prepared from one tea­spoon of crumbled leaves or one tablespoon of crumbled stems and leaves to one cup water, boiled briefly for five minutes, and taken three times daily, best of all after meals. It is used as a diuretic tea in the treatment of rheumat­ic complaints as well as for oedema caused by poor heart function and for circulatory disorders. If handling raw nettle plants it is best to wear rubber gloves to avoid the painful sting of the plants sharp nettles. You can find this herbal formula on Amazon.com or in your local health food stores.