↓
What is called, “being off by a hair’s breadth is to miss by a thousand li.”
Those who study must do it in detail.
Wang, Zongyue -Taiji classics

On perusing the internet and numerous Facebook groups it is astounding the amount of misinformation that is being written and shared giving rise to thoughts and concepts not quite square with the facts. One such rumor presented in published books and online is that Taijiquan (太 極 拳) is derived from Daoist (道家) arts by Daoists.

This myth has been propagated for hundreds of years by those who choose to believe the legendary Daoist alchemist known as Zhan Sanfeng created Taijiquan or that the founder of Chen style Taijiquan was a Daoist. This is simply not true.

Chen, Wangting (1580–1660) the reputed founder of Chen Taijiquan. He was a Ming Dynasty general, although there is much debate on to the actual founder and where the art came from the accepted history by the Chen family, and supported by historical evidence — is that Chen, Wangting combined his previous military experience, theories of acupuncture Qi meridians (Jing-luo經絡) and some Daoist Yoga (Daoyin導引) along with the popular teachings of General Qi Jiguang a heroic martial artist and military general of the Ming dynasty to develop Chen style Taijiquan.

No evidence suggests either of these individual were Daoists only that Chen, Wangting borrowed ideas from Chinese medicine and health exercises practiced by Daoist and Buddhists. There is no real verifiable historical evidence to support these or other claims as to Taijiquan originating from Daoist sources. 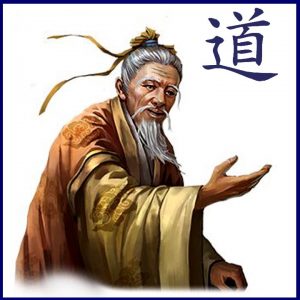 So it is safe to say that Taijiquan was not developed from Daoist religion or philosophy although its numerous variant styles in time did come to employ many of the ideas expressed in these concepts to explain its methods. So why do so many people think otherwise. The confusion may arise from incorrect terminology that is commonly used among internal martial art players from yesterday and today.

Correct Use of Names and Symbols
Let us begin with the concept of the terms Yin and Yang prevalent in the practice of Taijiquan. These two terms, so important to Taijiquan and Chinese philosophy, are not actually Daoist in origin. The two terms are derived from philosophical principles found in the Book of Changes(Yijing易經) written around 1,000 B.C. long before Daoism came into being. 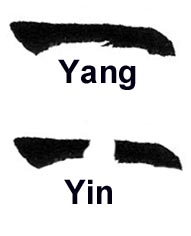 In the Yijing Yin and Yang principle is known as the interaction of these two concepts. This is called Great pole or (Taiji太 極) and refers to the theory of polar opposites that are independent but also inseparable. These two opposites are used to describe almost everything in the natural world. For example up and down, left and right, back and front, flex and contract, light and dark and so on, the list is endless.

Early references in the Yijing had a solid line to represent Yang and a broken line to represent Yin. The character Tai (太) in Chinese means great or ultimate. The character Ji (極) means “utmost point” or main principle in other words the core of a thing, idea or concept. The Ji character was derived from a representation in calligraphy of a “ridgepole” supporting a structure. Combining the two characters we have Taiji (太 極) which means the one true principle or the supporting idea of nature and or the universe. This is a reference to nature’s universal law explained in Chinese cosmology ands the Yijing as operating according to the Yin and Yang theory. 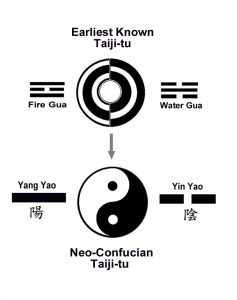 These ideas were expressed in two illustrations the first depicted the Yijing symbols for fire and water curved to make a circle. This was the earliest Taiji-tu. Another symbol for the interaction of Yin and Yang were images of a white tiger (Yin) and green dragon (Yang) chasing each other in a circle or in combat.

Later neo-Confucians created the more familiar symbol called “double fish” diagram, as it looked like two Koi fish chasing each other in a circle. This was used to represent the same concept as the earlier symbols. The double fish Taiji-Tu did not come into popular use until the Song dynasty (960-1279).

Both designs are called Great Pole Illustration (Taiji Tu太 極 圖) in all Chinese philosophical, cosmological and medical practices. The three main branches of Chinese philosophy, Daoism, Confucianism and Buddhism made use of the Yin and Yang concepts and in time adopted the Taiji Tu symbol for their own use. Laozi author of The Classic of the Way (Dao De Jing道德經) one of the core Daoist texts written around 600 B.C. borrowed Yin and Yang concepts from the Yijing as the core principle of his book to explain the workings of man and nature. 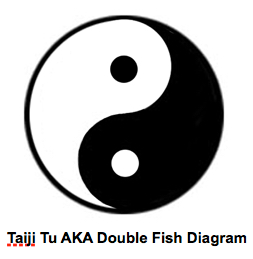 Most westerners and Chinese non-scholars erroneously use the name Taiji to describe the double fish diagram its correct name is Taiji Tu. Thus this incomplete name has come to represent Daoist thought and Taijiquan martial art, in popular culture.

Possible confusion arises due to the martial art name Taijiquan being so often shortened to Taiji (Tai Chi). Almost everyone who practices the martial or health arts labeled Taijiquan calls it Taiji and just as many may think the martial art was derived from Daoism but the truth is this is incorrect terminology. To identify the martial art correctly one should say great pole fist (Taijiquan太 極 拳) as Taiji really has no meaning other than great pole.

I blame this misuse of terminology squarely on poorly translated martial art and philosophical books written by teachers who merely copy others ideas and have little if any education in Chinese language, history or Chinese philosophy outside of the martial legends propagated within the martial arts world. Also the internet is rife with only partial information on these subjects that take on a life of their own.

Because of this I feel that Great Pole Illustration (Taiji Tu太 極 圖) and Grand Ultimate Principle Boxing (Taijiquan太 極 拳) martial art has become associated with Daoism just as the word Gong Fu (Kung Fu 功夫) has come to mean martial arts in the West when it really only means skill evolving with time. One can be Gong Fu at more than martial arts skills of a high caliber in carpentry, painting or any craft that takes time to develop a high level of skill is Gong Fu.

I believe that one can say based on historical evidence that, although there is a great deal of Daoist, Buddhist and other Chinese philosophies, medical knowledge and martial skills that may have influenced the development of Taijiquan, Daoists did not invent Taijiquan and it is time to stop propagating such misunderstandings.

What is true is that principles outlined by the philosophy expressed in the Taiji Tu have been ingrained and deeply embraced by the founders and teachers of Taijiquan arts. So would not the Dao of Taijiquan be to learn to apply these principles of Yin and Yang to every aspect of the Taijiquan arts for health, wellbeing and combat and also to our own personal lives.