Known in China as the “Collective Happiness Bark,” the mimosa tree was given to people who needed a “spiritual uplift or cleansing.” Similarly, the bark is used to cleanse the heart and liver meridians (energetic pathways) in the body.

It is traditionally used to calm the spirit and relieve emotional constraint when the associated symptoms of bad temper, depression, insomnia, irritability and poor memory are present. It also relieves pain and dissipates abscesses and swelling due to trauma (including fractures). 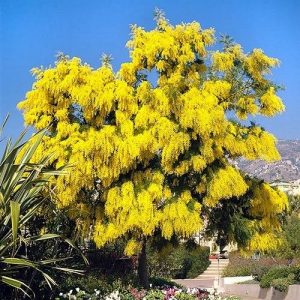 The stem bark has been used as a sedative for hundreds of years as recorded in the Pharmacopeia of the People’s Republic of China and as an anti-inflammatory agent for swelling and pain in the lungs and to treat skin ulcers, wounds, bruises, abscesses, boils, hemorrhoids, and fractures, as well as to remove carbuncles. The dried stem bark is used as a tonic in China and Japan. Mimosa tree bark is also used as a common remedy for generalized muscular discomfort and swelling. 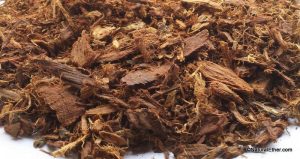 Powerful Properties in the Tree Bark
Usually, for health applications, the bark of the tree is shaved, dried, and used in tincture and capsule forms. The leaves of the plant can also be dried and used as a tea. The herb is available from commercial manufacturers, and the most common dosage forms are liquids and capsules. Manufacturers suggest 3 to 6 mL of 1:2 mimosa liquid extract daily or 1 capsule 3 times daily with meals. However, capsule formulations are proprietary herbal blends and are available in several strengths. Powders, teas, and tinctures are also available.

Immune Booster
Mimosa is full of vital plant micronutrients, including copper, iron, zinc, manganese and magnesium. These nutrients promote cell health and a strong immune system. The flower of the mimosa tree can also be used to relieve constrained Liver qi, and calm the spirit when the associated symptoms of insomnia, poor memory, irritability, epigastric pain, and feelings of pressure in the chest are present. Research has shown that the flower of the mimosa tree has a sedative effect. This is a worth while herb to add to your health and longevity herbal cabinet.