“As every divided kingdom falls,

So every mind divided between many studies

Confounds and saps itself.” 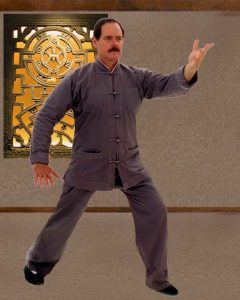 One of the main features of learning Taijiquan is to understand the power of relaxation called (song). While the definition of song may refer to relaxation or being loose or slack, the art of song in Taijiquan goes much, much deeper than this. In fact, true song skill means to really understand the concepts of the famous Yin and Yang symbol the Taiji-Tu in muscular interaction. The skill to be developed requires knowing which muscles to flex and which ones to relax during offensive and defensive actions. So it is more than just becoming loose and flaccid.

Take any muscular movement in the body, in the arms and legs there are flexors that bend the limb and extensors that straighten it. For example, if you bend your forearm up to touch your shoulder you are mostly using the biceps muscle a flexor (Yang). For the arm to move smoothly the opposing triceps muscle, an extensor must relax (Yin). Tension in the triceps during flexion places strain on the elbow joint and inhibit fast, smooth muscle action due to the resistance from the extensor. Song is learning how to use this principle of flex and release in an optimum way for peak efficiency.

This video link below is a series of demonstrations showing the use of song and listening energy (Ting-jin) with the intention (Yi) to control the actions of another person. This demonstration was performed at the 2006 A Taste of China Teachers demonstrations. Please be aware that what is shown here is in no way magic or the result special powers of Qi. It is a simple demonstration of how to lead the mind and intention and energy of another person through touch. This is a method I developed over a span of 30 years that I call No Enemy No Fight.

In its simplest form, the principle is that when an individual’s force is interrupted by a hard force as in a hard block to a punch there is an immediate harder and faster counter-reaction on the part of the attacker. However when the incoming force is met with what feels like no resistance the mind and nervous system of the initiator senses no danger thus there is little or no counter reaction. Using this concept one can direct and redirect an incoming force softly as the opponent feels almost no resistance. The mind sensing no danger the attacker’s body is disposed to join with and move with the guiding actions.

Although this principle is used in all Li family internal arts of Baguazhang, Xingyiquan and Taijiquan it is the epitome of the saying in the Taijiquan classics, “move 1,000 lbs with six ounces.” It is very useful for internal martial artists to learn how to become relaxed (song) yet still be able to touch and sense intentions with listening energy (Ting- jin). With this skill, one can interpret the movements of others so as to lead instead of attempting to control. This can have martial implications for real combat but not immediately. It requires patience and a good teacher who can guide the student through specific exercises to develop this skill. 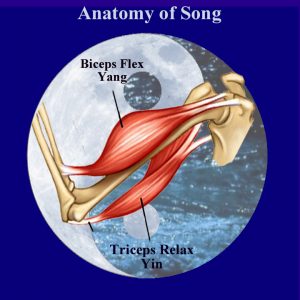 Yes, I can do this 98% of the time at full combat speed with someone striking, kicking or grabbing. In the accompanying video, there was no rehearsal or collusion on the part of the audience members participating in the demonstration. With the exception of two men Dr. Orchard and Robert Michael, the others are volunteers who had no idea what was going to be presented.

I contend that I can teach anyone to do this on a basic level in a short time with proper instruction. All reactions of participants in this demonstration are spontaneous and are the result of mind-body intention and are not Qi or mystically related to magical prowess of any kind.

The main skill is developed through Li family methods known as mind attitude skill (Yixingong) which is the Li families’ interpretation of intention boxing (Yiquan). Although our training has some similarities to the art of Yiquan after years of study of neurology, psychology and human kinetics we have devised some new and innovative way of training these methods for martial and healing capabilities.

Yixingong training begins with seated meditation to develop the power of intention, moves to standing forms and then to moving forms. Scientific research has shown that the methods employed in Yixingong will actually increase reaction speed, sensitivity, and relaxation of skeletal muscle (song). A side benefit is also that there is an increase in muscle hypertrophy throughout the entire body brought about by the means of visualizations used during the sitting and standing practices. These arts have nothing to do with Qi or mystical powers. As Taijiquan master William C.C. Chen said when questioned about what powers he used in a famous fight he had in New York where he knocked the other man out, “No Qi just me!”

Relaxation Produces Force
There is also in the video a short demonstration of what some call the one-inch strike. This is merely the result of whole body force (Zhengti-jin) being created by correct mental intent and body mechanics. Dr. Yancy Orchard a former student and now Shifu of Li family arts is the man receiving the one-inch palm strikes in the video. He, unlike some students, does not move when hit unless the force is really there.”!